If you think that Michael Jackson’s performance at the Billboard awards 2014 was a hologram, think again. 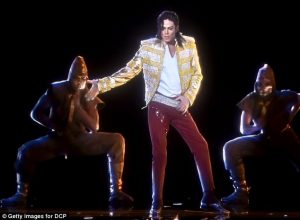 In fact, the artist’s digital image is based on a magic trick that has its origins in the 16th century. This two-dimensional illusion is called “Pepper’s Ghost” and has been named so, thanks to its creator – a British scientist known as John Henry Pepper.

The first time this technique was used was in a Christmas Eve production of ‘The Haunted Man’, written by Charles Dickens, in 1862. Since then, a low-budget version of this trick continues to be used in theme parks as well on television newsreaders’ teleprompters.

But this doesn’t mean that the technique which involved Jackson’s appearance was a cheap trick but took almost six months of choreography, planning and filming – not forgetting the use of new technology to pull it off at the awards ceremony.

While the dance moves were taken from the HIStory tour in 1997, by producers of the Michael Jackson Cirque du Soleil show, Jackson was about 39 at the time but looked much younger in the images.

Yet it must be pointed out that this isn’t the first time this technique has been used – it has been used to present a performance of Tupac Shakur while Madonna also used it when performing beside cartoon members of the Gorillaz at the Grammy Awards in 2006.

Quite interestingly, this technique has also been used in politics by India’s new Prime Minister, Narendra Modi, as he appeared live at almost 88 locations across the country.